Attack of the Clones: Investigating the Non-Genetic Origins of Behavior with New Faculty Kate Laskowski

About 250,000 years ago, in the region that would become southern Texas and northern Mexico, a unique evolutionary event reshaped the future of a local fish species.

A female Atlantic molly (Poecilia mexicana) reproduced with a male Sailfin molly (Poecilia latipinna), producing a unique fish hybrid called the Amazon molly (Poecilia formosa). In many cases, nature safeguards hybrids through sterility. But in the case of the Amazon molly, something extraordinary happened. Instead of being born sterile, this hybrid reproduced unisexually (termed gynogenetically), a glitch that prevents its DNA from changing from generation to generation. This mother gave birth to an all-female brood of offspring genetically identical to her.

It was the dawn of a maternal lineage occupying a bizarre niche. Named for the all-female warrior civilization of Greek mythology, the Amazon molly was born.

Today (and approximately 500,000 generations later), the molly is an emerging experimental species used to understand the non-genetic drivers of evolution. As a new assistant professor of evolution and ecology at UC Davis, Kate Laskowski studies the clonal fish to understand the complex roles development plays in shaping behavior.

“I think studying these kinds of critters are useful, and they make us think more about what are the factors that generate variation,” Laskowski said.

The Amazon molly fell into Laskowski’s lap. At the Leibniz Institute of Freshwater Ecology and Inland Fisheries located in Berlin, Germany, she worked to understand the ecological causes and consequences of individual differences in behavior in wild fish populations like perch and pike. One day, David Bierbach, a fish fanatic colleague, brought in some Amazon molly specimens and explained their obscure reproduction. Laskowski immediately recognized their potential value for her research.

The Amazon molly is sometimes called a “frozen F1 hybrid,” meaning its genome doesn’t change generationally. Whatever happened to confound the typical meiotic process is not yet fully clear, but it somehow changed forever. What this means is that each molly produces eggs that are “unreduced” and contain the full set of genomic instructions responsible for creating a new molly. In most sexually reproducing species, the male and the female each contribute half of the genetic material.

Laskowski calls the Amazon mollies an “experimental goldmine” for many reasons. Similar to many fish species, mollies do not require any parental care after birth. From an experimental perspective, parental care can be problematic as controlling and standardizing how parents and offspring interact is near impossible.

“It’s the ultimate twin study,” Laskowski said, “I have genetically identical animals where I can almost completely control how the animal experiences its world.” 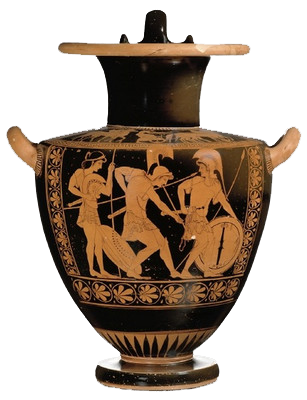 The Amazon molly draws its name from the fabled all-female warrior civilization of Greek mythology. The Earth Chronicles

“So my research aims to understand the processes that generate unique behavioral phenotypes in mollies—and eventually humans,” said Laskowski. For her, the clonal mollies appear to be an ideal tool with the potential to “disentangle genetic and environmental influences.”

Using customized Raspberry Pi computers linked to cameras, Laskowski, together with her colleagues, programmed an elaborate, automated tracking system to monitor the individual behaviors of each of her mollies. Through this “nanny cam,” she discovered that within a day of their live birth, there are very distinctive behavioral differences between individuals.

One of the easiest behaviors to measure is activity level, such as how far an individual swims in a day. Laskowski has determined that the amount of swimming is a good predictor of many other behaviors. Individuals that swim more are often more willing to take risks, explore, forage and display aggression.

“Maybe it starts with simple differences in activity, and then as soon as you are a more active fish, you have access to more foraging opportunities,” said Laskowski. “Then you start going faster as soon as you get bigger, you're better at being an aggressive female, so you can become dominant, and then it's a reinforcing cycle. Using our tracking system, I can now follow individual animals to understand when and why particular cues may set them down their different behavioral trajectories.”

“The big question is, why do these differences in activity even emerge in the first place?”

She offered several hypotheses about how the molly may be able to modify and differentiate itself without genetic changes.

One enticing possibility is that a mother molly can influence the expression of offspring phenotypes non-genetically. By altering hormone or resource levels in her developing embryos or changing patterns of gene expression through changes to DNA methylation, the mother molly has some potential secrets Laskowski is eager to explore.

According to Laskowski, the key takeaway is that individual behavioral development is probably more sensitive to minute environmental or stochastic fluctuations than previously thought, and unraveling how it all works will help illuminate unknown mechanisms of natural selection.

“You have to appreciate the amount of uncertainty that there is in the world and it probably affects how we express our behavior in ways that we currently still do not fully appreciate.” 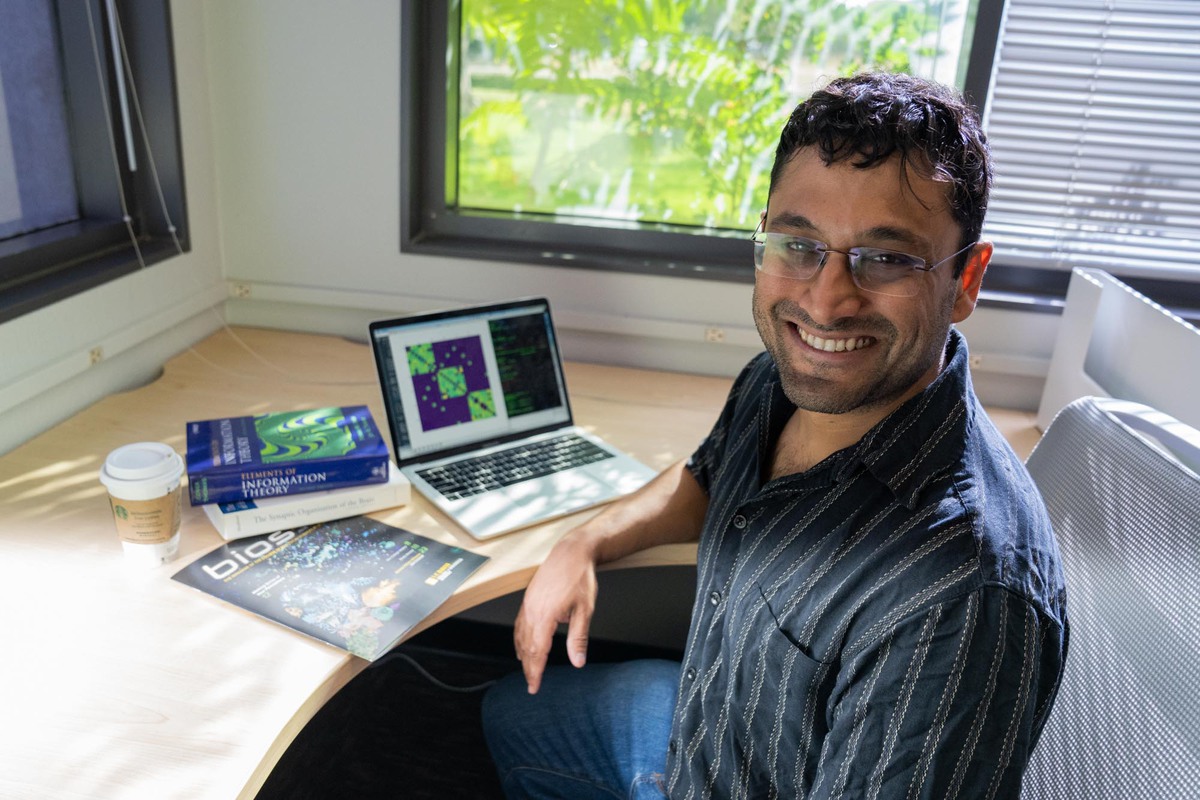 Perception Inception: Exploring How the Brain Makes Up the World with New Faculty Rishidev Chaudhuri

The details in the differences

While individual mollies cannot change their genetic code, genetic differences among lineages still provide plenty of variation for natural selection to act on, according to Laskowski.  After the single hybridization event 250,000 years ago, different genetic lineages have emerged due to random environmental mutations and also from the possibility that some outside sperm DNA gets incorporated during the clonal reproduction process. This means that while the offspring of a single female are all from the same lineage and likely are all clones of each other, offspring from different mothers could be from different lineages and so have slightly different genetic make-up. 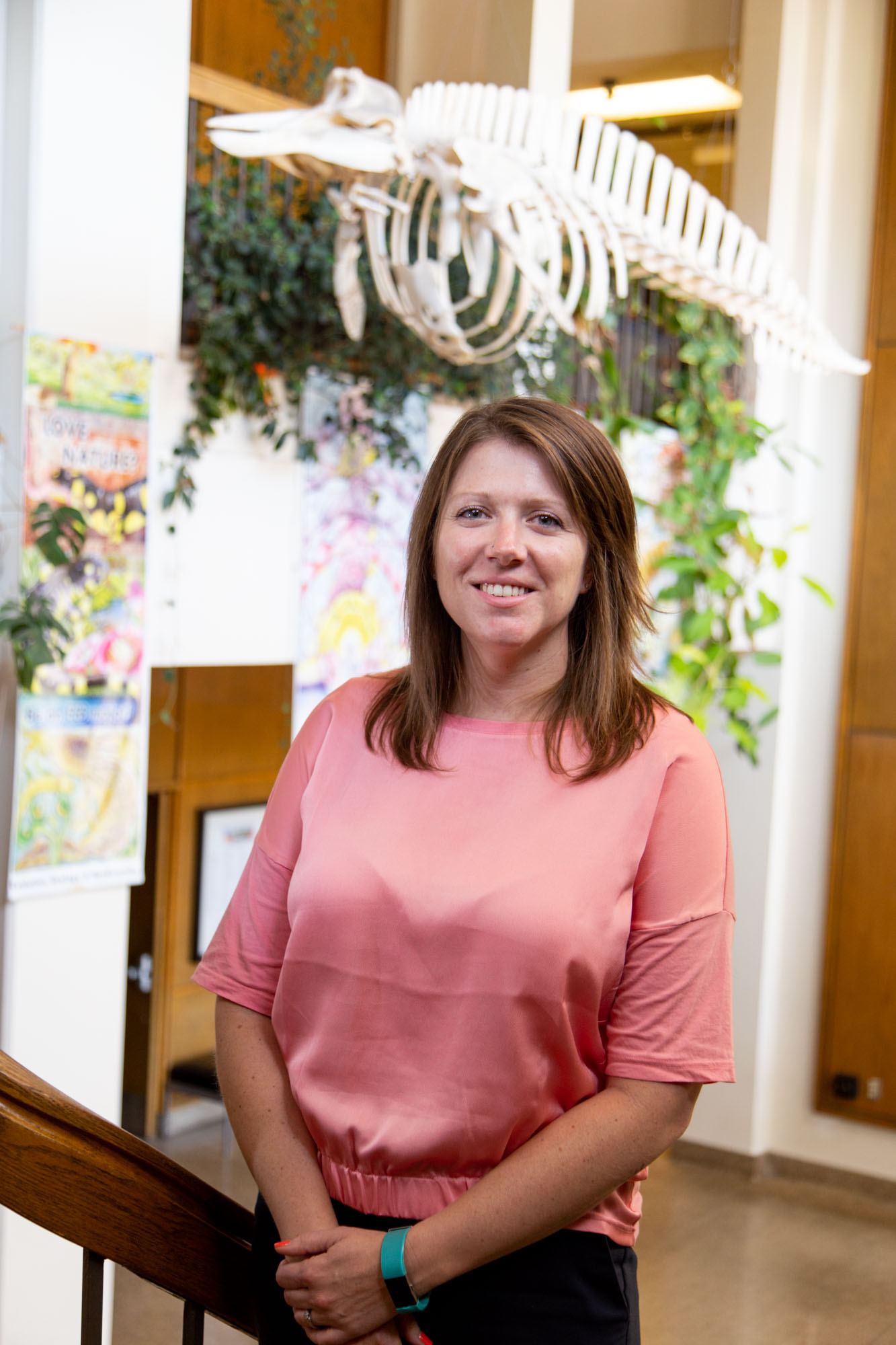 Laskowski seeks to understand how the molly integrates information from its genes, its mother and its own experiences to shape behavior. David Slipher/UC Davis

For Laskowski, it opens up exciting opportunities to investigate if and how different molly lineages have adapted to local environmental conditions. This type of “clonal sorting” may provide a mechanism to help explain the Amazon molly’s longer-than-expected hybridized existence. A major goal moving forward is to investigate how an individual molly integrates the different levels of information coming from its genes, its mother and its own experiences to shape behavior.

A new home at UC Davis

For Laskowski, coming to the College of biological sciences is a behavioral ecologist’s dream come true. “UC Davis is the place to be in terms of our vibrant community of scientists studying all sorts of things,” Laskowski said. “We're all so interested in similar ideas, so we talk to each and share ideas and ask questions.”   She also shares a personal connection to Northern California, having conducted her dissertation research on sticklebacks in the Anderson Valley area of Mendocino County each summer for six years.

“I love this part of the country, and I'm happy to be back,” said Laskowski.

In her free time, she enjoys staying active by running and practicing yoga. Laskowski also knits, cares for her two cats, and cooks—proclaiming herself a foodie born of the cultural cuisine in Berlin. In her new home in the central valley, she looks forward to exploring a bounty of delicious culinary options.

Stay Informed! Sign up for our monthly email newsletter

Within a day of their live birth, there are very distinctive behavioral differences between individual Amazon mollies. David Bierbach