A male orchid bee zips around the rainforest, a flash of iridescent green against an equally emerald background. The bee stops at various flowers, fungi and dead trees, collecting fragrant particles and storing them in pockets in its hind legs. Then, it perches on a tree trunk. But the bee doesn’t rest. Instead, it flitters about, using its wings to disperse a bouquet of perfumes into the air.

The aromatic efforts are all for the sake of attracting a mate.

“We know that many animals produce pheromones and they usually produce them through some metabolic pathway,” said Associate Professor Santiago Ramirez, Department of Evolution and Ecology. “But orchid bees are unique in that the majority of their pheromones are actually collected from plants and other sources like fungi.”

Orchid bees are master perfumers, and research suggests that the perfumes males concoct are unique to their specific species. For years, Ramirez, a member of the UC Davis Center for Population Biology, and recent Ph.D. graduate student Philipp Brand, Population Biology Graduate Group, have studied orchid bee mating behaviors, unraveling the complex chemicals responsible for successful procreation. The research has given them an unprecedented view into the formation of new species. And the driver of divergence: environmental perfumes.

In a study appearing in Nature Communications, Brand, Ramirez and their colleagues link the evolution of sexual signaling in orchid bees to a gene that’s been shaped by each species’ perfume preferences.

“Our study supports the hypothesis that in the orchid bee perfume communication system, the male perfume chemistry and the female preference for the perfume chemistry can simultaneously evolve via changes in a single receptor gene,” said Brand, whose thesis was the basis for the study. 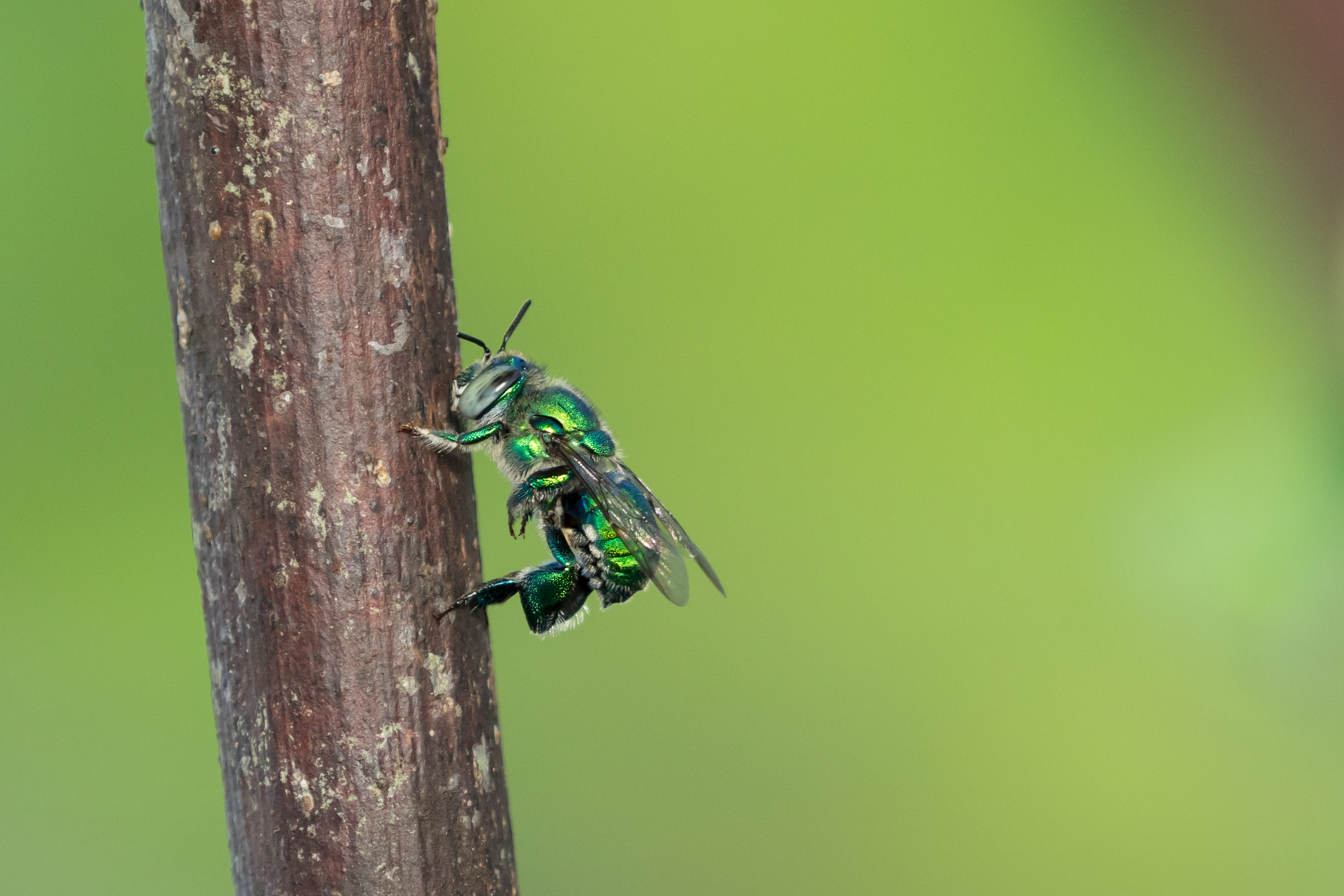 To attract a mate, male orchid bees collect scents from the flora of their environment. They then disperse that perfume, which they store in pockets in their hind legs. Thomas Eltz

Of the 250 orchid bee species, Brand’s and Ramirez’s research focused on Euglossa viridissima and Euglossa dilemma, two separate species previously classified under a single scientific name. They diverged roughly 150,000 years ago. Physically and genetically, these two species are almost indistinguishable, but luckily, they primarily live in non-overlapping ranges in Central America and South America, with some overlap in Mexico’s Yucatán Peninsula.

“This is a neat distribution for the study of species formation because it reveals that the variation we observed is not just the product of geographic variation, and when the two species coexist, they still remain as separate species, even though they experienced hybridization in the recent past,” said Ramirez. “Each species is occupying a unique niche in chemical space.”

“We found the bees grouped into two clouds based on the presence of these major compounds, which strongly suggest that each of these corresponds to a separate species of orchid bee,” said Ramirez.

According to Ramirez, this means that these pheromone-like perfumes aren’t just different between the species but that they likely influenced their original divergence.

“It makes sense, right?” said Ramirez. “If you have a chemical signal that is different and therefore you’re not going to mate with those who have a different signal, then that will help maintain species separate from each other.”