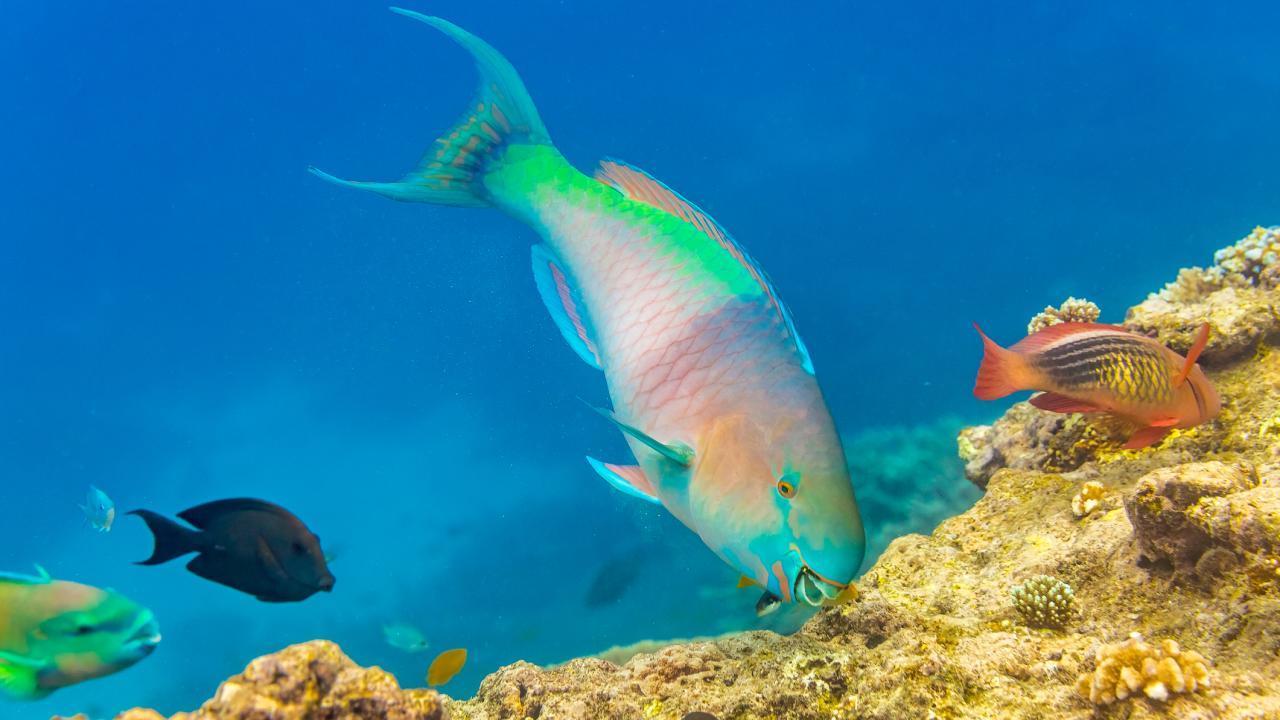 Coral reefs are home to a spectacular variety of fish. A new study by biologists at the University of California, Davis, shows that much of this diversity is driven by a relatively recent innovation among bony fish — feeding by biting prey from surfaces. The work was published the week of July 25 in Proceedings of the National Academy of Sciences.

“There may have been some biting done by teleosts before the end-Cretaceous, but our reconstructions suggest that it was very uncommon,” said Katherine Corn, graduate student in the UC Davis Population Biology graduate group, Department of Evolution and Ecology, and Center for Population Biology, and lead author on the paper.

Corn, working with Professor Peter Wainwright and other colleagues in the UC Davis Department of Evolution and Ecology, classified 1,530 living species of reef fish by feeding method, then mapped them onto an evolutionary tree of the teleosts. They also studied the rate of body shape evolution in all of these fish.

Forty Years of Science in 40 Minutes

Hibernating Corals and the Microbiomes That Sustain Them

Rachael Bay Selected by Popular Science as One of "The Brilliant 10: The top up-and-coming minds in science"!